Matmi have just launched an updated HTML5 version of the “Mementos of Closeness” game for our friends over at Nivea and ITV.

We were asked to update the previous flash version of the popular hidden objects game that we created last year adding a new colourful jubilee themed level for 2012.

The thinking behind the HTML5 conversion was to use the new technology to enable the game to be played on ipad and across multiple platforms; this not only increased the brand reach but also gave us the chance to carry out our first Html5 conversion.

Apple, Microsoft, Google, Mozilla – four of the largest tech companies are actively pushing HTML5 in all areas, including gaming. More importantly, their products account for 97% of browser usage.

Html5 is a big player with a bright future in the digital industry, but is still in its infancy…There is an argument to say that it will take over from Flash in the games arena but this remains to be seen.

With Unity3D throwing their hats into the platform ring again by adding the ability to export to Flash, this debate could go on for a while yet; and whilst the W3C still hasn’t come to agreement on the HTML standards -it’s certainly an interesting time for developers!

With Matmi’s strong standing in all of these platforms, we are ready to take on any challenge!

Award-winning niche games agency, Matmi, has launched its new viral game for BP called Carbonator. This is the latest release in a long line of branded games developed by Matmi, stretching back 11 years (wow – as I typed that I suddenly got a shudder of old age creeping up on me). Why a branded flash… 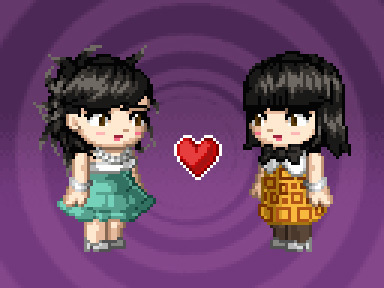 A look back at Matmi’s branded game for Lily Allen

We created a branded advergame called “Lilly Allen in: Escape the fear” featuring a free play of the album’s debut, and released it six weeks before the single was available to buy. The artist’s appeal ensured a rapid spread of the game online, snaring fans and gamers alike.